What Happens When an Employee Files for Unemployment?

You are here:
HR Consultancy 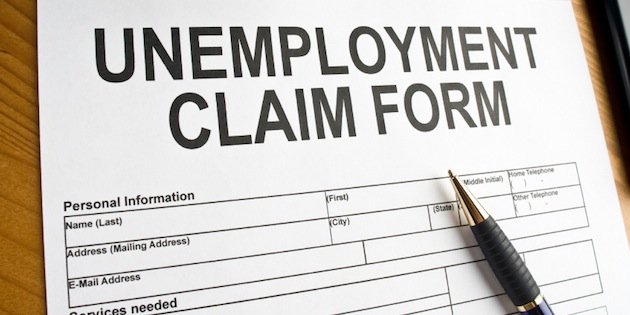 Letting employees go is never easy. But if you’re dealing with staggering profits or unproductive workers, you might not have a choice.

When your employees become unemployed, they may be eligible to receive unemployment benefits. More employers are receiving unemployment claims, causing their experience ratings to be re-evaluated and their tax rates to rise.

There are two main reasons why employers should care about whether their ex-workers are collecting unemployment, and why they should try to prevent an improper claim from being paid:

What happens if you receive an unemployment claim?

When a former employee makes a claim through a state unemployment agency, you’ll be contacted to verify their reason for not being employed through something called a “Notice of Unemployment Insurance Claim Filed”. On this form, you’ll be prompted for a number of details like:

When can an employee file for unemployment?

An employee that quits a job is typically ineligible for unemployment compensation unless it was for “good cause”. Most states define good cause as a condition that would have resulted in harm or injury if the employee did not quit. Good cause usually includes the following:

The health or life of the employee was endangered;

The employee was subject to intolerable working conditions, such as sexual harassment or discrimination and the employer refused to remedy the problem;

On the other hand, if an employer fires an employee for misconduct that was deliberate and repeated, it will disqualify the employee in most states. Common types of misconduct include:

Misconduct does not include behavior that amounts only to poor performance like carelessness, lack of skill, or errors made in good faith.

How to qualify for unemployment benefits in Nevada

There are many stipulations as to qualifying for unemployment benefits in Nevada. Although we could list them here in this newsletter, we thought it would be best to send you directly to the best sites that contain the information needed.

How long would an employee have to be at a job to receive unemployment?

To be eligible for unemployment benefits, a person must have at least some minimum amount of work experience within the last 12 to 18 months before filing for benefits.

Each state has a different formula for determining the minimum amount of work needed to obtain benefits in that state. Most states require that the employee worked at least some part of two different calendar quarters within the past 12 to 18 months. A large percentage of states also have a specific dollar amount of wages that must have been earned.

Your local unemployment office should be able to tell you what the minimum is in your state.

You should know what your state’s minimum is and think about setting up a probationary period for new hires that is less than the minimum time that would qualify a worker for benefits.

To learn more on how to calculate these amounts, please feel free to reach-out to us here at SW HR Consultingat 702-979-2119 as we would be glad to partner with you through these important steps.

Don’t Let Your Business Get Burned by Burnout
February 21, 2020

How To Deal With Sexual harassment in the Workplace.
September 12, 2019
Recent Posts
Go to Top
Schedule Time With Us
Request Call